Vulturous Zombie - 3BG
Creature - Plant Zombie
Flying
Whenever a car is put into an opponent's graveyard from anywhere put a +1/+1 counter on Vulturous Zombie.
3/3

Hey guys welcome back...sorry this is a bit late but all the post final/graduation/random nonsense should be over. We tried to at least stream for you while we were afk but now we should be full running. I had planned a MUCMonday but got sidetracked so you get this instead.

Now on to the card. I'm a huuuuuggggeeeeee fan of Ravnica set and any set based around 2 color or 3 color  combos so naturally I'm gonna be inclined to like this. Its a 3/3 flyer for 5 so already a decent draft winner and it gets bigger on many things. I had actually misread this card at first I just assumed it was from the battlefield but its from hand or deck as well...he is a strong one. It's very Golgari flavored and I can see it having a lot of synergy with other cards. I'm gonna go ahead and give this a high rating its an above average card that will fit well in many decks and a solid limited card too. 4/5

Untamed Wilds - 2G
Sorcery
Search your library for a basic land card and put that card onto the battlefield. Then shuffle your library.

I first looked at this card and was like, "wow!, this is real abusable with shocklands/dual lands" and then I realized I got excited for nothing, as the oracle text basically kind of ruined everything. It only fetches out basic lands, not basic land types. (I mean you could fetch Snow-Covered Swamps.)

This has basically the same wording as green's iconic Rampant Growth, with the exception that it enters the battlefield untapped. But I don't understand when you would play this over Rampant Growth. Let me just make up a scenario.

There is almost no differential advantage to play this over Rampant Growth, since the mana is the same in both scenarios, Untamed Wilds is strictly worse because it has a higher casting cost, so you would be unable to play this turn 2 compared to rampant growth, which is far more important than an untapped land.

And that's me comparing it to an iconic spell. There are tons of others that are better such as Spoils of Victory or Farseek. And it still doesn't compare to my personal favorite, Harrow, losing in both number of lands dropped (for landfall) and untapped lands entering.

2/5 -- playable but there's so many better choices. The artworks nice though.
Posted by Sefah at 11:30 AM No comments: 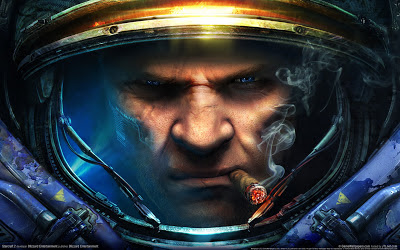 Long overdue for playing a game together. Here's some Starcart!

Don't know what we will play exactly but join for some.