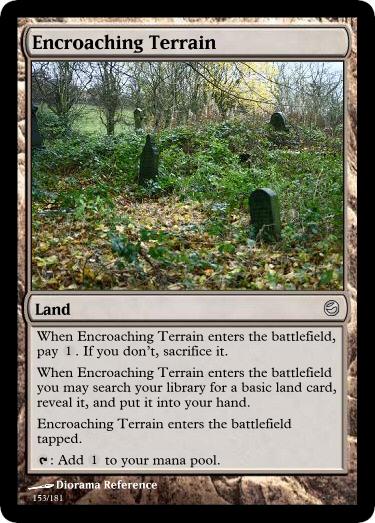 A card Lolzor made up. It originally didn't have the Rupture Spire clause of paying 1, but then a starting hand of 3 of these would be the absolute best in the game. It's still pretty amazing.

Lolzor here: I was looking to make a some non basic lands at the common/uncommon level to fill in our set...this seemed different yet powerful...there is a second one made for the set to be revealed later. 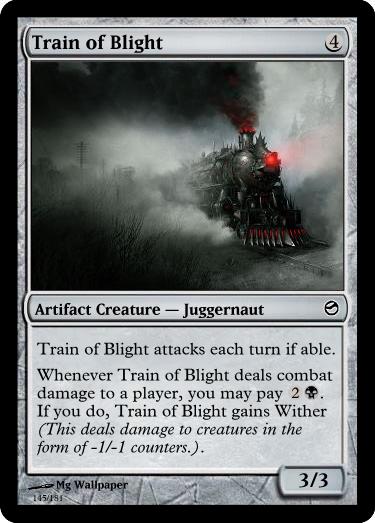 Lolzor here on this card too: TRAIN TRAIN BROOOOOOO!!!
So we have a train cycle we are making basically designed for the "23rd card" slot in a draft. It's playable but not optimal in any way. This one actually has more power than the rest in my opinion because wither is very strong so you could do real damage here. 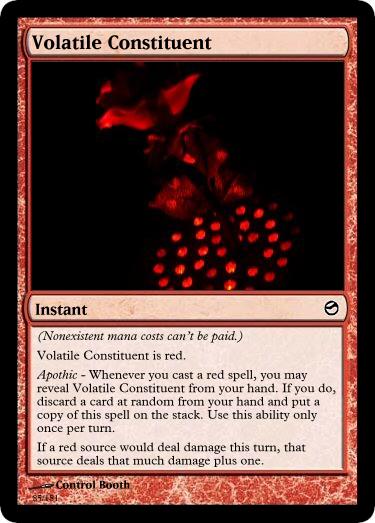 Our newest cycle. Expect a Megacycle actually. It uses a similar mechanic to Forecast, except conditional.

Lolzooorrrrrrr: ok so the apothic cycle came out of just a conversation about the word and snowballed into a set of really interesting cards. I'm excited to show you guys the rest.


Thanks for reading! Tune in next week for more!
Posted by Sefah at 6:07 PM