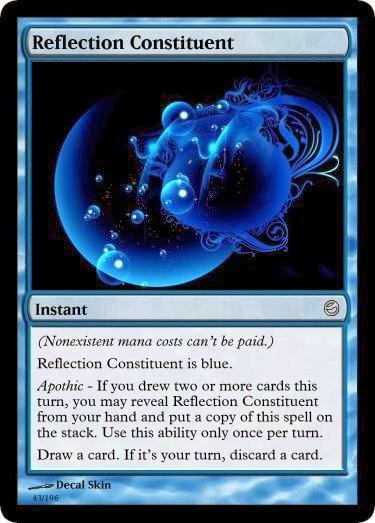 More in the Apothic! I think we are almost done with these...im not keeping track. Any way blue was a weird one to do, most of the colors were really obvious flavor blue not so much. We went with a draw card because it seemed appropriate the discard was to keep it from being too good. Its  more Izzet feel but I still like it. 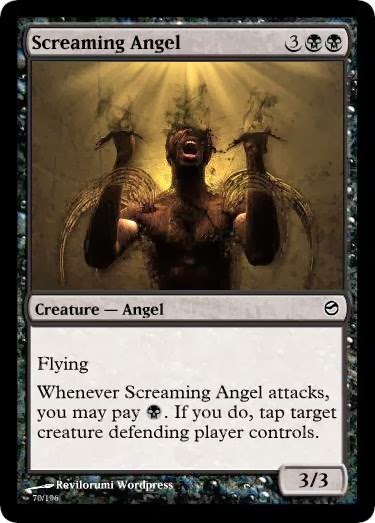 Screaming Angel - 3BB
Creature - Angel
Flying
Whenever Screaming Angel attacks, you may pay B. If you do, tap target creature defending player controls.
3/3

This guy is more of our "Need more draft fodder for the set" but I like him he is a dying angel so he gets to have white powers and I would put him in my draft deck. 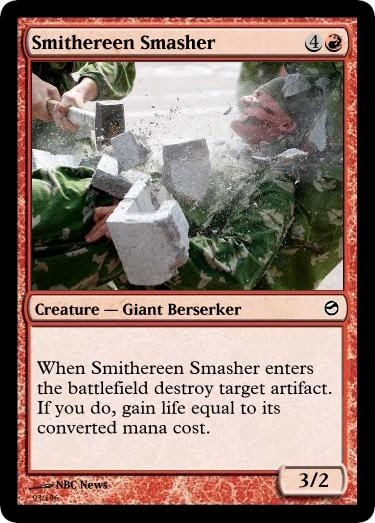 Man...I love this card not because its good but because its just a solid draft sideboard. I was really happy with it. Again its more draft fodder while still trying to be interesting.


Alright guys that's it for today but check in later this week for more articles (mind you we are still in Finals Week so I cant say we will be on time...)
Posted by Sefah at 2:06 PM