So yes, SCS has been behind on the RCotD. I will start typing this one out and do an IPotW due to increased downtime. I also miss saying this: 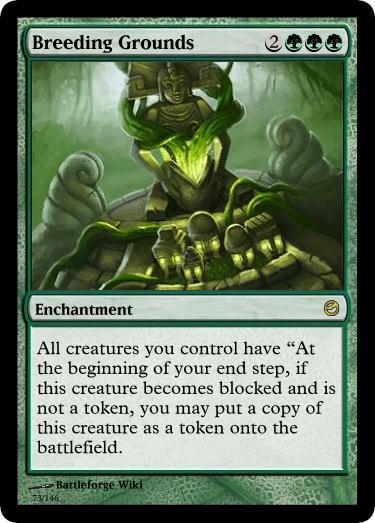 Breeding Grounds - 2GGG
Enchantment
All creatures you control have “At the beginning of your end step, if this creature becomes blocked and is not a token, you may put a copy of this creature as a token onto the battlefield.

Lolzor had the idea for this one. He really liked Doubling Chant but wanted something to be pertually "breeding". So we came up with this card, but disagreed on the mana cost.

I insisted on something this powerful should be at least 6 mana, yet if it hit 6 mana, the card would be worthless.

So we upped the mana intensivity (is that a word?) to lower the cost. 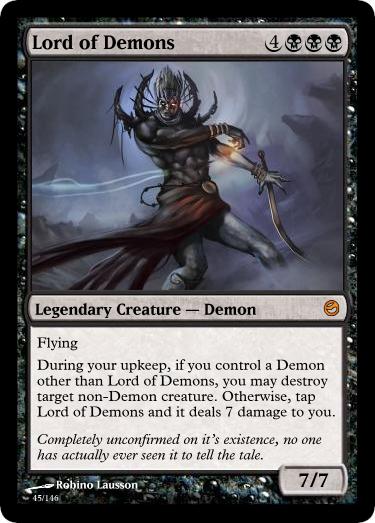 Lord of Demons - 4BBB
Legendary Creature - Demon
Flying
During your upkeep, if you control a Demon other than Lord of Demons, you may destroy target non-Demon creature. Otherwise, tap Lord of Demons and it deals 7 damage to you.
7/7

A Lord of the Pit/Reaper from the Abyss 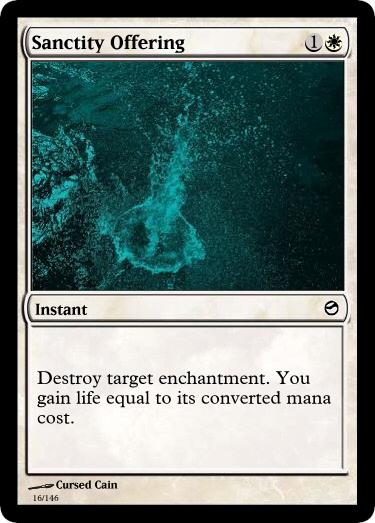 Basically an enchantment version of Divine Offering. I wasn't being very creative here.
Posted by Sefah at 8:00 AM