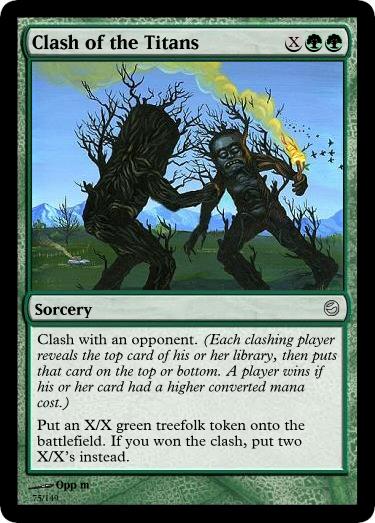 Clash of the Titans - XGG
Sorcery
Clash with an opponent.
Put an X/X green treefolk token onto the battlefield. If you won the clash, put two X/X’s instead.

When I heard that "clash" was a failed mechanic, I went on a bit of a spree of actually using Clash the way it was intended to be. I think that it is a really good mechanic, there just aren't enough cards that the reward the clash mechanic outweighs the normal cost. For example: Pulling Teeth 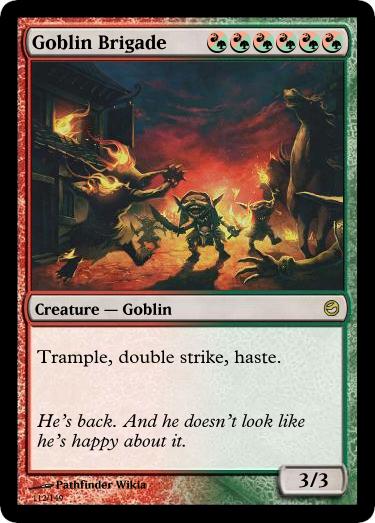 A card that Sean wanted to make. I originally thought that this card was undercosted, but after a while I kind of began to accept that it might even be overcosted.

So here it is. 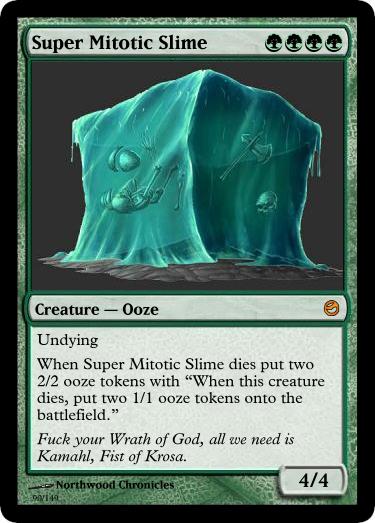 I used to Super Mitotic Slime. I thought it was an interesting concept, but never really liked the card. I sold my two copies to Lolzor for a dime each. He has fun with them.

Then the undying mechanic came out, and Lolzor joked about giving Mitotic Slime undying. And so here we are. I fixed it's original "mana cost" problem it had, but added a huge dilemma of it being basically unsplashable. Perfect for green.

It's a shame Undying doesn't work on tokens. 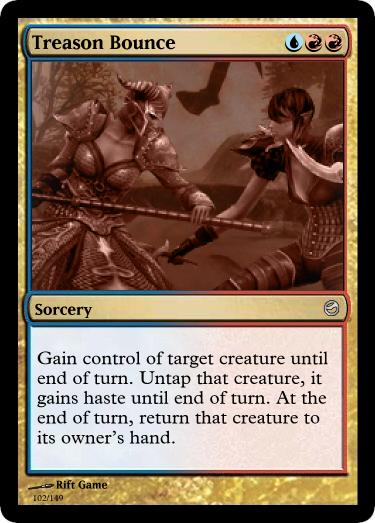 Act of Treason + Unsummon. Pretty simple. I liked it.


No crazy cards this week like Altar of Wishes, but nonetheless I hope you enjoyed it. Come back next week for more cards
Posted by Sefah at 4:46 PM