Lolzor will fill these in with valuable information about how the card was made when he gets the chance. 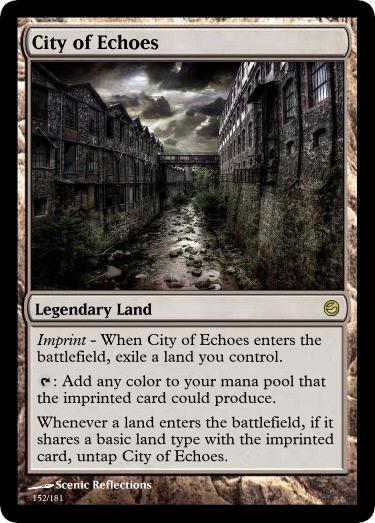 Lolzor Edit: This is the second of the 2 colorless lands I made. I really like this one, it has just enough to be abuseable but is nothing grossly over powered. I imagine things like harrow would be simple ways to get value out of this if not just neting you an extra mana a turn 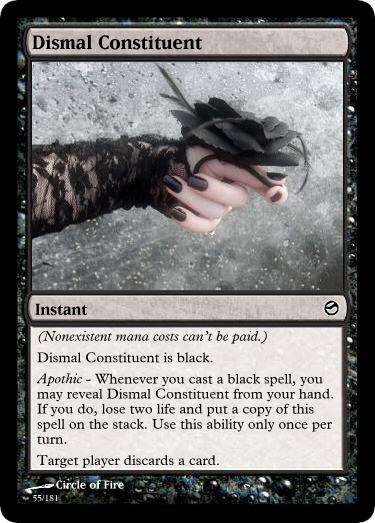 Dismal Constituent
Instant
(Nonexistent mana costs can’t be paid.)
Dismal Constituent is black.
Apothic - Whenever you cast a black spell, you may reveal Dismal Constituent from your hand. If you do, lose two life and put a copy of this spell on the stack. Use this ability only once per turn.
Target player discards a card.

Still coming out with these cards, the interest "Forecast" mechanic.

Lolzor Edit: More in the apothic cycle, obviously black flavored. This is a very powerful card in a mono black deck or any deck with black really...just adding discard to a card for life is very very scary 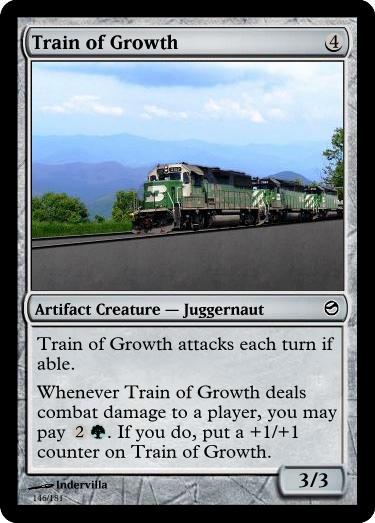 Lolzor Edit: CHOO CHOO MOTHER FUCKER! More in the "23rd Card Trains" cycle and here we have the other good one. Unlike the others this has a reoccurring effect to it and a decent one at that...this gets in the deck in draft no doubt easily castable and can win the game with a few free swings

Thanks for reading! Tune in next week for more!
Posted by Sefah at 9:06 AM