Making Up Cards Monday #43: (it's really black, think of it as a late halloween)

A return of our most popular segment of Snow Covered Swamp: MUCMonday.

So these cards started off when I looked at the set, and I told Lolzor, "Hey we need a bunch of black cards for MUCMonday, preferably sorceries." I got back a bunch of ideas and Lolzor turned them into cards.

Lolzor will fill these in with valueable information about how the card was made when he gets the chance.

Lolzor here! So I'm going add some text here. These are all part of a cycle I tossed into our set. I felt we were missing a bit of draft combos and cross play in a less grand sense so I game up with about 5-7 cards that would work well with each other. 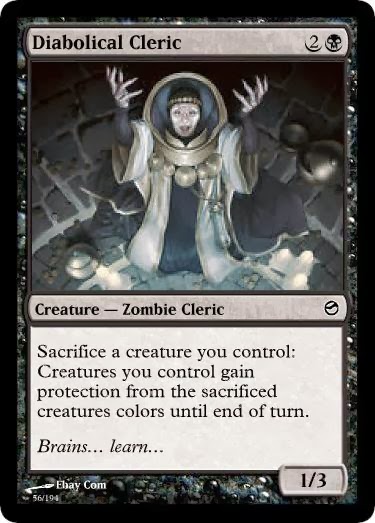 Diabolical Cleric - 2B
Creature - Zombie Cleric
Sacrifice a creature you control: Creatures you control gain protection from the sacrificed creatures colors until end of turn.
1/3

One of the first things I saw was lacking and also is a decent combo piece was a sac outlet. Simple stuff, basic but usable. 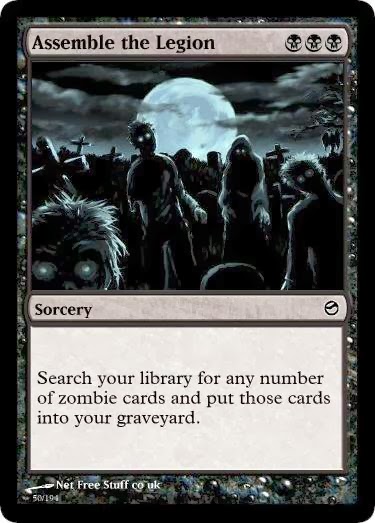 Assemble the Legion - BBB
Sorcery
Search your library for any number of zombie cards and put those cards into your graveyard. 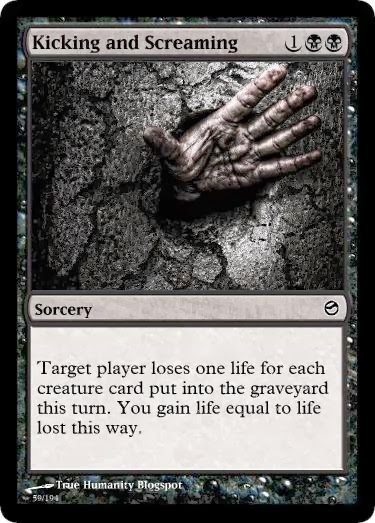 Kicking and Screaming - 1BB
Sorcery
Target player loses one life for each creature card put into the graveyard this turn. You gain life equal to life lost this way.

This one was made around the name actually...I really like how it came out.