Whoa! Double Whammy! You guys should be loving us!

Not only do you guys get some commentary on a random card, but you also get to see the card me and Lolzor came up with last night.

Now imagine having a card that was undercosted, did the same effect and gave it lifelink. Wow, that's a saturated card waiting to be abused. Almost-instant speed and a 4-cost 4/4 lifelink is pretty much first pick in draft. It might single-handedly win in Limited actually. 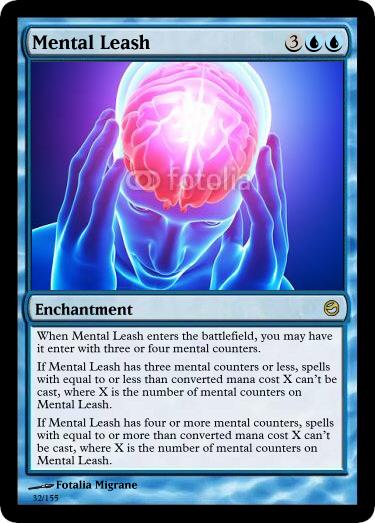 
It's a little bit wordy but effectively stops your choices between 3 or less CMC spells, or 4 or more CMC spells.

So it can be Naturalized or Acidic Slime'd either way.

Thanks for reading and tune in Wednesday for Lolzor's article!
Posted by Sefah at 1:54 PM