Everyone is traveling since last weekend, after several hectic Magic games, including a 6-player free-for-all EDH match.

It looks like this week we will be posting some cards that havent been seen before from our MUCMondays: 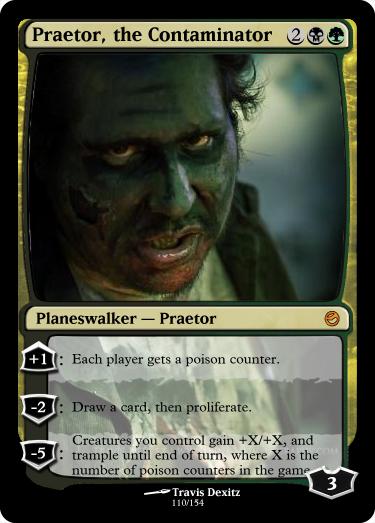 Praetor, the Contaminator - 2BG
Planeswalker - Praetor
+1 : Each players gets a poison counter.
-2 : Draw a card, then proliferate.
-5 : creatures you control gain +X/+X and trample until end of turn, where X is the number of poison counters in the game.
3

A card I made forever ago, but didn't share. 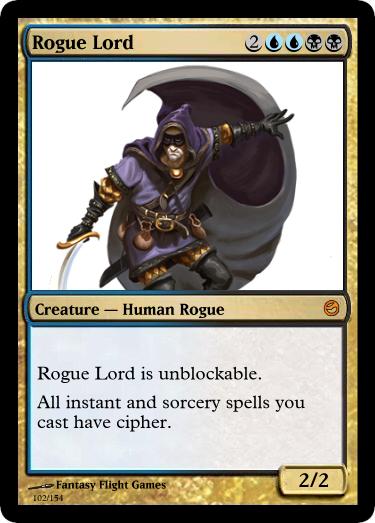 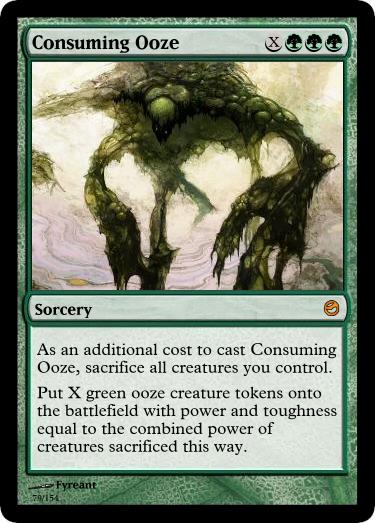 Consuming Ooze - XGGG
Sorcery
As an additional cost to cast Consuming Ooze, sacrifice all creatures you control.
Put X green ooze creature tokens onto the battlefield with power and toughness equal to the combined power of creatures sacrificed this way.

An interesting card, I don't know if it's mythic quality but it's interesting. 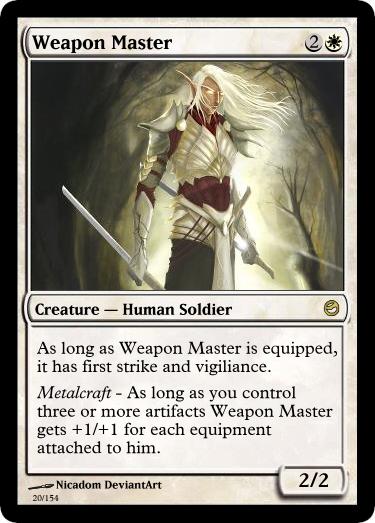 Weapon Master - 2W
Creature - Human Soldier
As long as Weapon Master is equipped, it has first strike vigilance.
Metalcraft - As long as you control three or more artifacts, Weapon Master gets +1/+1 for each equipment attached to him.

Lolzor wanted to "revisit" mechanics that never did quite take off, one of them being Metalcraft. Expect more failed mechanics such as "clash" or "kinship".
Posted by Sefah at 8:30 PM