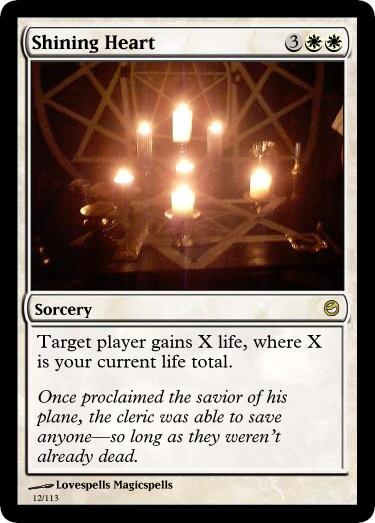 I normally don't make white cards. I feel white kind of gets the short end of the stick in sets a lot because all they have is the best removal in the game. Sun Titan was a nice change for this, but it is only abusable with Phantasmal Image.

Other than that they have to settle for the best 2-drops in the game such as Kazmandu Blademaster or Elite Inquisitor. Besides there's always a crappy lifegain card and a crappy discard card in every set, right? I guess I'm just fleshing this one out. Though, to be fair, this one isn't really a crappy lifegain card, especially when you consider multiplayer variants like EDH. 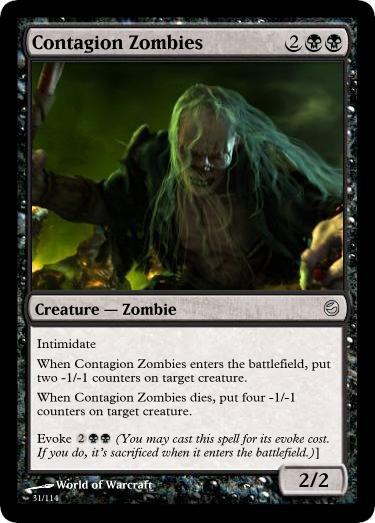 Here's part two of one of the cycles of the set. You can see Keen Student on MUCMonday #5. Basically the same this as I explained. It does a lot and you can evoke it immediately to get it's full effect, but be wary about when you play it because if you're the only one with creatures, he might just hurt yourself. 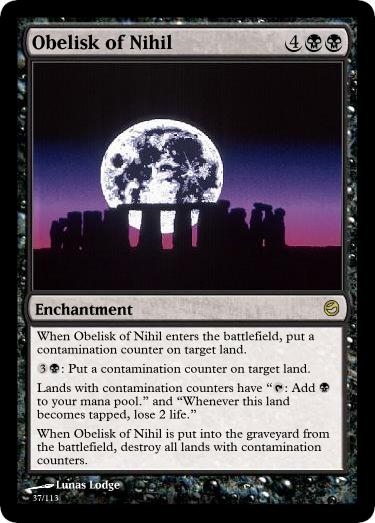 Introducing part 2 of the Sun Angel land counters. There are two cycles, one of which will contain creatures, the other will be enchantments. The enchantments however, won't have a way to kill itself, so you are going to have to keep that in mind when you decide to add this to a deck. Yes, it is a recurring Contaminated Ground, without it actually turning into a swamp to give more incentive to tap it for mana. If you wait a few turns and you have three or four of these counters on their lands, it could be quite costly to tap out their mana for a spell, so if you're really evil: run U/B control so you can Counterspell it. 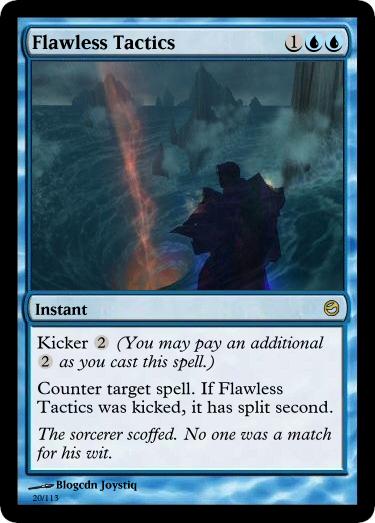 This is the card that Lolzor designed. I still find it funny how there are select cards that always become obsolete. Shock, Cancel, Grizzly Bears, you name it.

What is interesting is if this were to be printed, it would be the first counterspell that you could not do something about. You would think Last Word would actually be unable to be countered but you can actually still deal with it with Time Stop and Mindbreak Trap. By adding the kicker/split second, a 3-cost cancel can be a 5-cost end-all counterspell.

Well that's all the cards I'm sharing today. If you enjoyed them please come back next week for our next MUCMonday, or swing by on Friday where I should be able to finally finish typing out the IPotW. Don't forget to tell your friends about us; and if you guys haven't seen it yet, check out Snow Covered Swamp's Webcomic: Bangchuckers!
Posted by Sefah at 11:02 AM