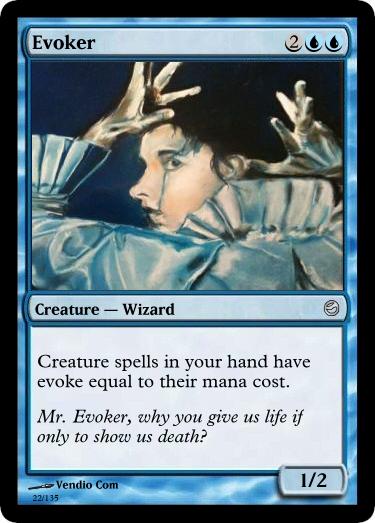 Not a very powerful card, but it does give all creature spells the ability to trigger enter and leave the battlefield effects. Or maybe just run it with Kresh the Bloodbraided. 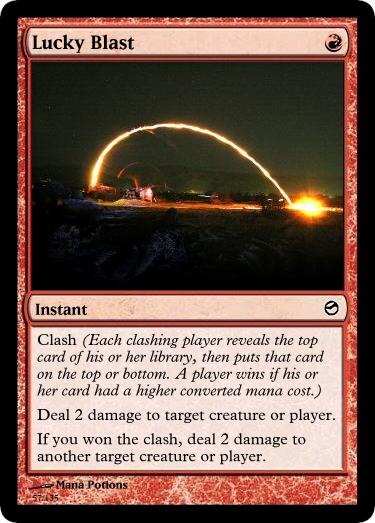 Funny how we love to make certain cards obsolete. Shock being one of the popular ones. Other popular cards to become obsolete repeatedly involve Cancel, and Grizzly Bears.

The only thing to be careful of is that the clash is a must, and so is the additional target. So if both you and your opponent have an empty field, and are both sitting on 2 life, it's a draw if you win the clash since the target can't be the same for both effects. Would probably never happen though. 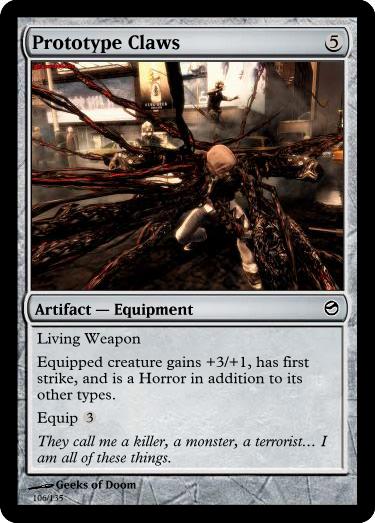 Prototype Claws - 5
Artifact - Equipment
Living Weapon
Equipped creature gains +3/+1, has first strike, and is a Horror in addition to its other types.
Equip {3}

I made this card a while ago when Lolzor was playing a lot of Prototype and we also decided what Living Weapon actually needed. Living Weapon was actually a scary mechanic because it could have made a lot of creature obsolete.

Like if every living weapon had a power and toughness equal to its converted mana cost (2-cost 2/2's, 3-cost 3/3's) then it would be the end of vanilla creature, because Living Weapon serves a dual purpose in that sense. 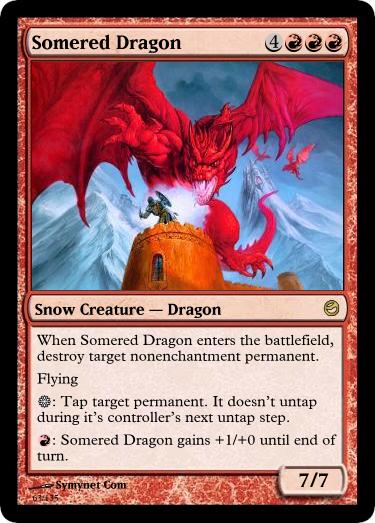 I found the art for this card first, and just decided to work top down from it. I know snow creatures are out of date and so is snow mana, but there really weren't any huge snow creatures that people were crazy for. So I decided to make a sort of Lorthos, the Tidemaker in snow decks. Though it's much better since it's instant speed, at the cost of triple red unsplashableness.

I found it interesting to make, so that's why I'm posting it.

Thanks for tuning into SCS MUCMonday, if you haven't seen it  yet, check out our new comic Bangchuckers! There should be a 3rd comic coming out on Wednesday, so please come back and visit soon!
Posted by Sefah at 4:46 PM