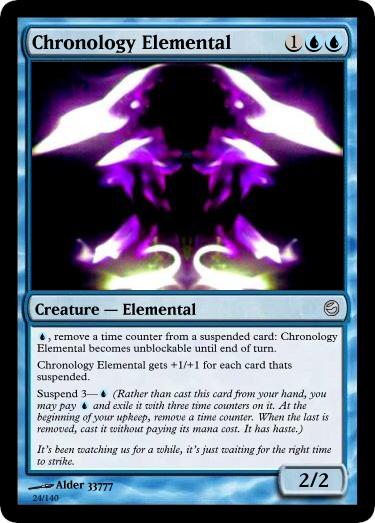 I like suspend. Suspend is cool. I liked Rift Elemental. Here it is in blue. Chronology Elemental also likes other suspended cards, which seems somewhat counter intuitive to make it unblockable, casting the spell, and then having it lose power and toughness, but I still like it.

Also you can suspend this turn 1 for a turn 4 2/2 haster. Aggro in blue, but somewhat delayed and not as powerful as Delver Aggro, but still. 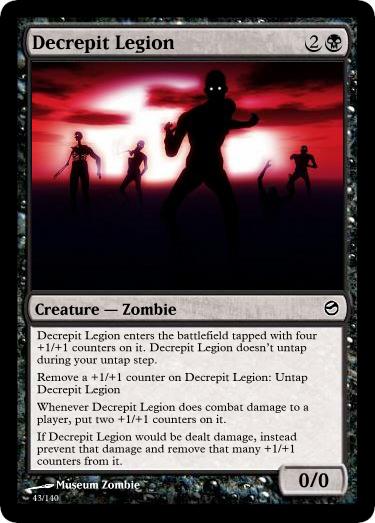 This is just a crazy card for a common. It has way more text than needed. I like it, because it somewhat grows stronger over time, but virtually useless if other cards are in the way, as if it's slowly rotting away. 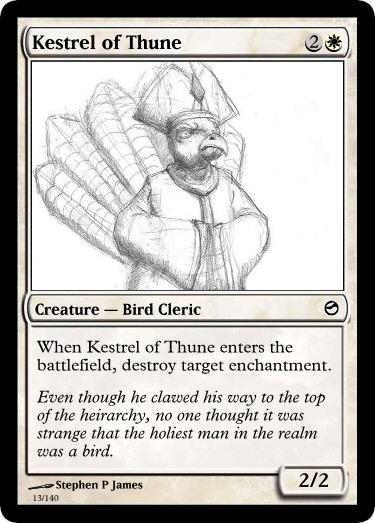 Yes. I know it's a functional reprint. Deal with it. Some of the cards in this set need cards like this for it to work. Especially the enchantment cycle of the sun counters on lands, etc.

Either way, it's still a useful card. Maybe not as amazing as Kor Sanctifiers, but still good. 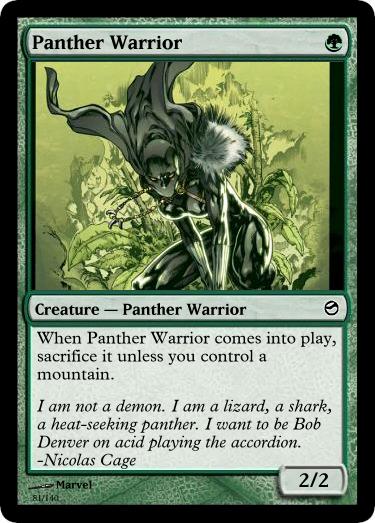 My version of Scythe Tiger. I always liked the card for it's P/T compared to it's mana cost, but I never really like losing a land for it. Especially later in the game when you draw this like turn 4--it loses it's power pretty fast.

So now it's like a bad Kird Ape, but it fits really nicely into the common spot.


Well that's all I'm sharing for today. Sorry for the lateness of this and I guess I'll apologize again the power level of these cards being pretty low.

Eventually I had to get to the commons of this set. I'll post next weeks a little earlier to make up for this weeks being late.
Posted by Sefah at 10:45 AM