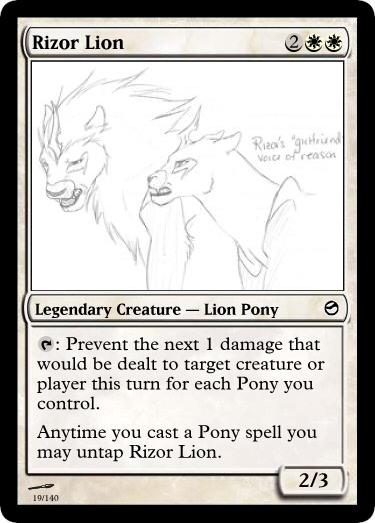 Rizor Lion - 2WW
Legendary Creature - Lion Pony
{T}: Prevent the next 1 damage that would be dealt to target creature or player this turn for each Pony you control.
Anytime you cast a Pony spell you may untap Rizor Lion.
2/3

The one creature that doesn't have A Celestial Story art. This is stolen from Azyzl's sketches. It's almost like Hallowed Healer, but it's a Pony. Strictly better. 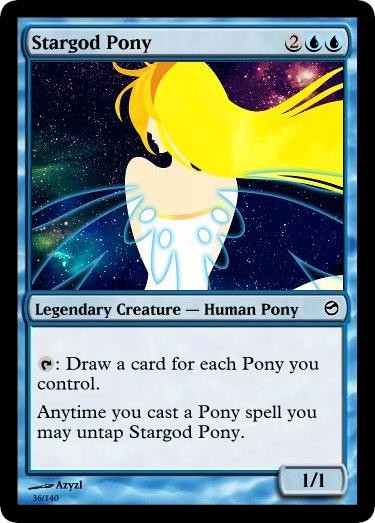 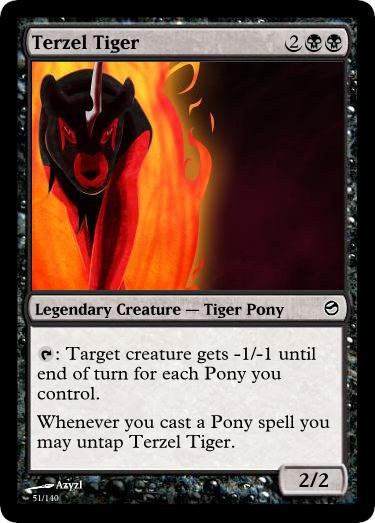 Terzel Tiger - 2BB
Legendary Creature - Tiger Pony
{T}: Target creature gets -1/-1 until end of turn for each Pony you control.
Whenever you cast a Pony spell you may untap Terzel Tiger.
2/2

There really isn't a creature to compare this card to. So I will say it's Skeleton Ship. 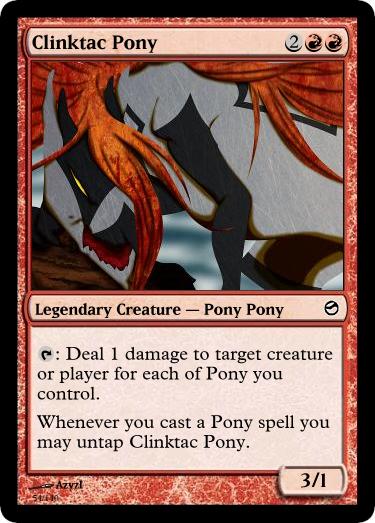 Clinktac Pony - 2RR
Legendary Creature - Pony Pony
{T}: Deal 1 damage to target creature or player for each of Pony you control.
Whenever you cast a Pony spell you may untap Clinktac Pony.
3/1

Imagine if Prodigal Pyromancer had 3 power instead. Now it can swing. Now it's a Pony. Bam, Ponymancer. 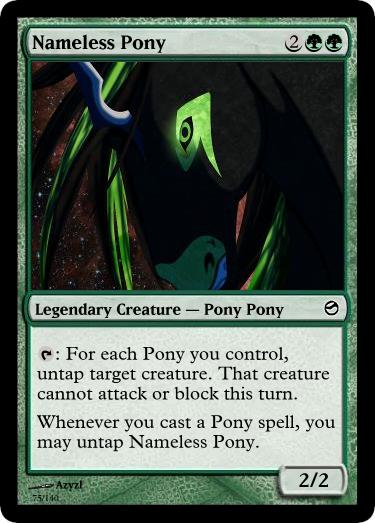 Nameless Pony - 2GG
Legendary Creature - Pony Pony
{T}: For each Pony you control, untap target creature. That creature cannot attack or block this turn.
Whenever you cast a Pony spell, you may untap Nameless Pony.
2/2

The only card this functions similarly is Thundersong Trumpeteer. But it untaps them, which makes it very tricky to use. It's also a huge combo enabler. Let's be glad ponies will never be printed. Except Dwarven Pony, but the errata'd that out due to power level concerns.

Thanks for reading our Pony MUCMonday. All of this art (and storyline) can be found at Azyzl's A Celestial Story.
Posted by Sefah at 10:24 AM