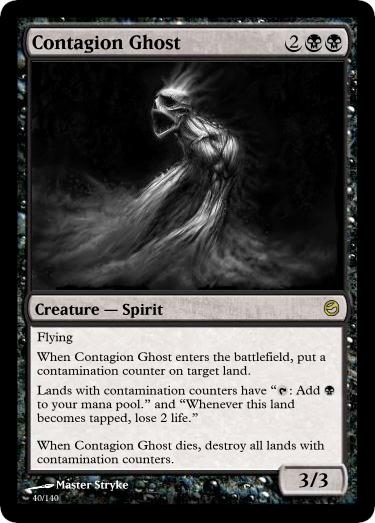 The Black in the rare counter-cycle that I made. I can see the previous ones in the MUCMondays: Sun Angel, Wandering Virtuoso, this one, the red one, and Sprouting Treefolk. Almost done with the cycle.

Anyways, you guys have probably already seen Obelisk of Nihil on MUCMonday #8 so all my thought are already collected there. 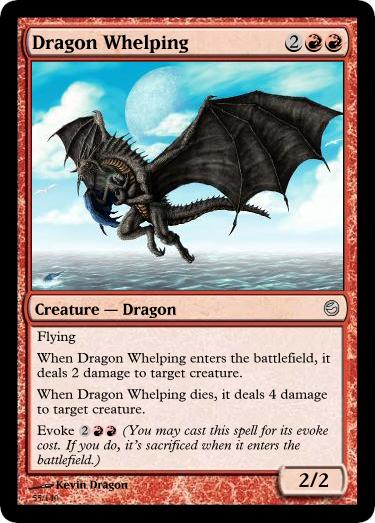 Another card in the evoke cycle that I'm making. You can see the other ones: the white one, Keen Student, Contagion Zombies, this one, and Rhox Warrior--another cycle almost done.

I like this card, at it's worst it's a 6 cost sorcery to deal 6 damage to a target creature. That's not too bad, considering it kills Titans--but it can also split it's damage. Very versatile, and it could always be a 2/2 flier, which is pretty good in Limited. 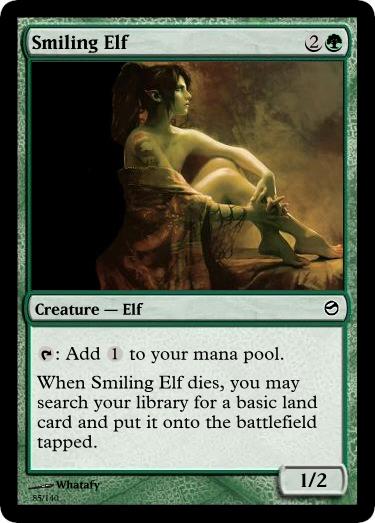 Smiling Elf - 2G
Creature - Elf
{T}: Add {1} to your mana pool.
When Smiling Elf dies, you may search your library for a basic land card and put it onto the battlefield tapped.
1/2

This was a card that Lolzor wanted to make a while ago. It's kind of like Sakura-Tribe Elder except some weird hybrid with Llanowar Elves. It's not a bad card, but it does put it in a common slot.

Well, that's all the cards that I'm sharing for today. I guess we have to slow down the pace of what these cards are coming out at.
Posted by Sefah at 12:05 PM