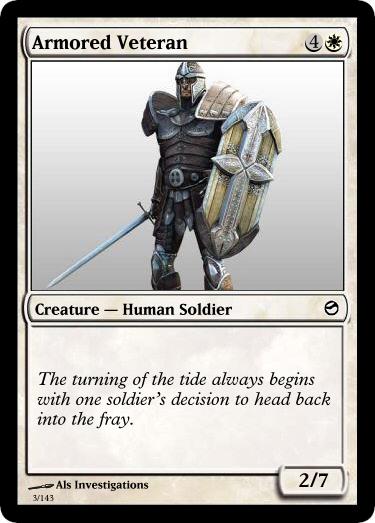 This week features a bunch of common limited fodder that I think it would be interesting to see. Surprisingly, I think Armored Veteran is a first pick because of how heavy this set is in removal. 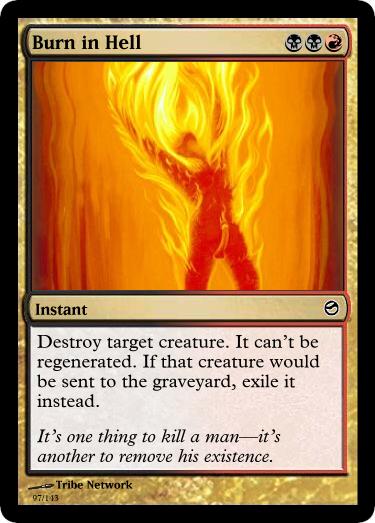 Burn in Hell - BBR
Instant
Destroy target creature. It can’t be regenerated. If that creature would be sent to the graveyard, exile it instead.

A Terminate with exiling. Pretty sweet if it was ever considered. 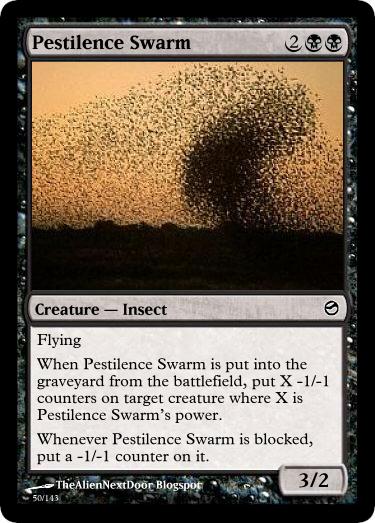 A really nifty creature that I thought of. Damned if you kill it, damned if you don't kill it. Unless only your opponent is playing creatures.

Well, that's all the cards I'm sharing for this week. Sorry about the IPotW I should be typing up the placeholder soon.
Posted by Sefah at 8:49 PM