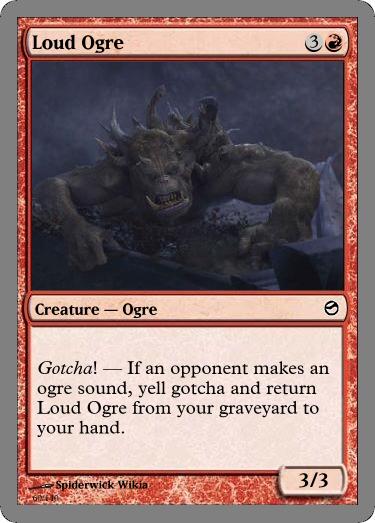 Loud Ogre - 3R
Creature - Ogre
Gotcha! — If an opponent makes an ogre sound, yell gotcha and return Loud Ogre from your graveyard to your hand.
3/3

Somewhat of a running joke from the Unforgotten Realms series. I always liked the Gotcha! mechanic, so I just put the two together. 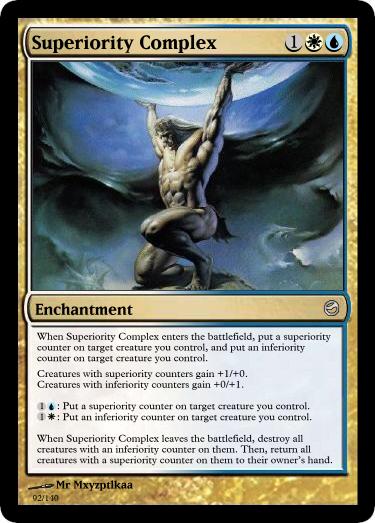 Okay so this card actually came to me in a dream. This one and the next one. I can't exactly remember what went down in the dream I just remember this card was a huge enabler for some kind of crazy combo that was going on.

So I made the card in my dream into a real one. 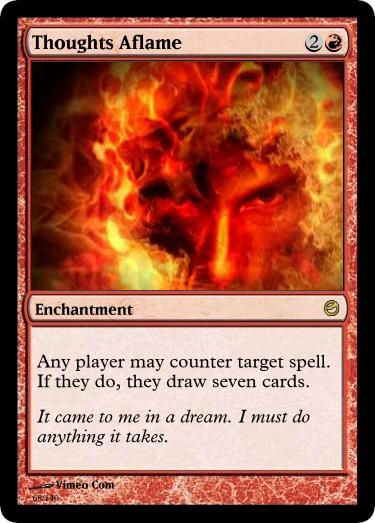 Thoughts Aflame - 2R
Enchantment
Any player may counter target spell. If they do, they draw seven cards.

Obviously not in color at all. But whatever, I dreamt it. So crazily busted in burn, turns cantrips in legacy into 7-draws. Basically Wheel of Fortune at will. Not the kind of thing that would be printed. Ever.

Well that's all I have for today. Yes I know it's 1 card shorter than what we usually do, but we'll make it up to you somehow. Remember, we started this by only doing two cards at first.
Posted by Sefah at 1:36 PM